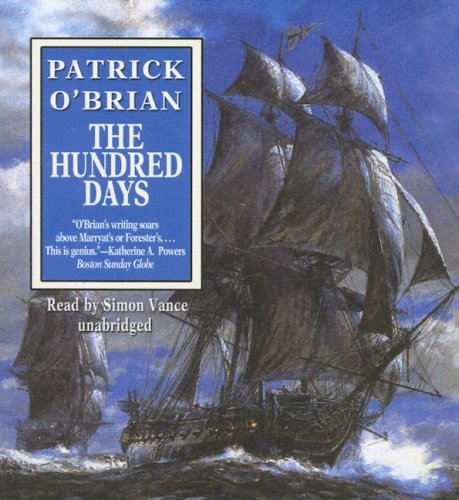 When Napoleon escapes from Elba, the fate of Europe hinges on a desperate mission: Stephen Maturin must ferret out the French dictator's secret link to the powers of Islam, and Jack Aubrey must destroy it. Napoleon, like a vengeful phoenix, pursues his enemies across Europe. If he can corner the British and Prussians before their Russian and Austrian allies arrive, his genius will lead the French armies to triumph at Waterloo.

In the Balkans, a horde of Muslim mercenaries is gathering in support of Napoleon, but they will not move without a shipment of gold ingots, which is on its way via camel caravan to the coast of North Africa. It is this gold that Aubrey and Maturin must intercept at all costs.

The year is 1815, and Europe's most unpopular (not to mention tiniest) empire-builder has escaped from Elba. In The Hundred Days, it's up to Jack Aubrey--and surgeon-cum-spymaster Stephen Maturin--to stop Napoleon in his tracks. How? For starters, Aubrey and his squadron have been dispatched to the Adriatic coast, to keep Bonapartist shipbuilders from beefing up the French navy. Meanwhile, one Sheik Ibn Hazm is fomenting an Islamic uprising against the Allies. The only way to halt this maneuver is to intercept the sheik's shipment of gold--because in the Napoleonic era, as in our own, even the most ardent of mercenaries requires a salary.

The Hundred Days is the 19th (and, we are told, the penultimate) installment of O'Brian's epic. Like many of its predecessors, it features a fairly swashbuckling plot, complete with cannon fire, exotic disguises, and Aubrey's suspenseful, slow-motion pursuit of an Algerian xebek. Yet it never turns into a mere exercise in Hornblowerism. Partly this is due to O'Brian's delicate touch with character--the relationship between extroverted Aubrey and introverted Maturin has deepened with each book, and even Aubrey's reunion with his childhood companion Queenie Keith is full of novelistic nuance: "They sat smiling at one another. An odd pair: handsome creatures both, but they might have been of the same sex or neither." Nor does the author focus too exclusively on his dynamic duo. Indeed, The Hundred Days is very much a chronicle of a floating community, which Maturin describes as "his own village, his own ship's company, that complex entity so much more easily sensed than described: part of his natural habitat."

Finally, O'Brian shows his usual expertise in balancing the great events with the most minuscule ones. Other authors have written about battles at sea, and still others have recorded the rapid rise and fall of Napoleon's fortunes after his escape from confinement. But who else would give equal time--and an equal charge of delight--to Maturin's discovery of an anomalous nuthatch? --James Marcus