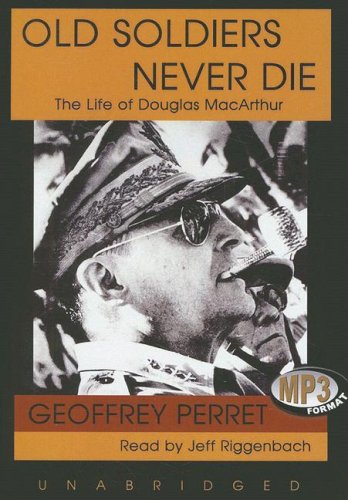 Always colorful, always controversial, Douglas MacArthur is one of the dominant characters in American military history. Perret reveals for the first time a complete and accurate account of MacArthurs tumultuous career.

With the possible exception of George S. Patton, is there a 20th century military figure who fascinates us as does Douglas MacArthur? Hero of Leyte, military genius, youngest brigadier general in World War I, MacArthur had a brilliant mind and an eye for self-promotion. This latest biography, utilizing substantial new research, makes a strong case for MacArthur's leadership abilities and his fierce independence without neglecting MacArthur's shortcomings as a man and as a tactician. Perret concludes that the landing at Inchon, which turned U.S. fortunes around in the Korean War, was one of the boldest and best-executed military invasions in history.

cradle-to-grave biography of MacArthur in nearly 20 years, Perret reveals new information and offers fresh insights into this landmark figure of American history. From his obsessive interest in becoming the most highly decorated soldier in American history to his disastrous flirtation with presidential politics, MacArthur is revealed, warts and all. of photos.