Items related to A Morbid Taste for Bones: The First Chronicle of Brother...

Peters, Ellis A Morbid Taste for Bones: The First Chronicle of Brother Cadfael, of the Benedictine Abbey of Saint Peter and Saint Paul, at Shrewsbury: Library Edition

A Morbid Taste for Bones: The First Chronicle of Brother Cadfael, of the Benedictine Abbey of Saint Peter and Saint Paul, at Shrewsbury: Library Edition 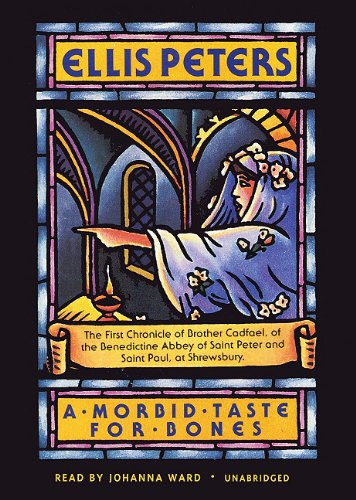 Murder in the twelfth century is no different from murder today. There is still a dead body, though this time with an arrow through the heart instead of a bullet. There is still a need to bury the dead, to comfort the living - and to catch the murderer. When Brother Cadfael comes to a village in the Welsh hills, he finds himself doing all three of those things. And there is nothing simple about this death. The murdered man's daughter needs Cadfael's help in more ways than one. There are questions about the arrow. And the burial is the strangest thing of all ...

Jennifer Bassett is Series Editor of the Oxford Bookworms Collection, for which she has written original stories One-Way Ticket and The President's Murderer.

'A pleasing, and unusual mixture of suspense and historical fiction.' Evening Standard 'Soothing, but no shortage of mayhem.' The Observer 'A cult figure of crime fiction.' Financial Times