Items related to Stilwell and the American Experience in China, 1911-1945

Barbara W. Tuchman Stilwell and the American Experience in China, 1911-1945 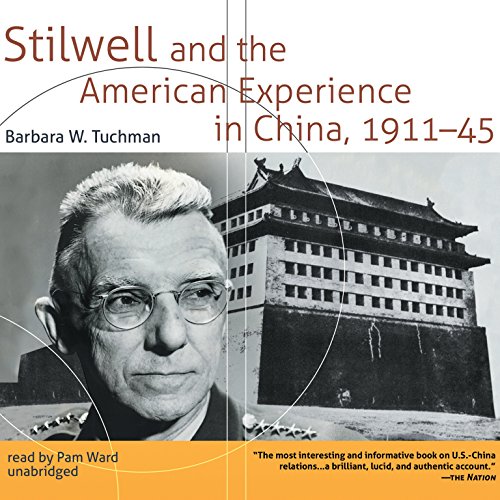 In this Pulitzer Prize-winning biography, Barbara Tuchman explores American relations with China through the experiences of one of our men on the ground. In the cantankerous but level-headed ''Vinegar Joe,'' Tuchman found a subject who allowed her to perform, in the words of the National Review, ''one of the historian's most envied magic acts: conjoining a fine biography of a man with a fascinating epic story.'' -- Joseph Stilwell was the military attaché to China in 1935 to 1939, commander of United States forces, and allied chief of staff to Chiang Kai-shek in 1942-44. His story unfolds against the background of China's history, from the revolution of 1911 to the turmoil of World War II, when China's Nationalist government faced attack from Japanese invaders and Communist insurgents.

Barbara W. Tuchman (1912-1989), American historian, was born in New York City and graduated from Radcliffe College in 1933. A self-trained historian, she was a writer for the Nation and an editor for the US Office of War Information. In her later years she was a lecturer at Harvard and the US Naval War College. She won the Pulitzer Prize in 1963 for The Guns of August and in 1972 for Stilwell and the American Experience in China, 1911-45. She was awarded the 1978 Gold Medal for History from the American Academy of Arts and Letters.