Items related to Heart of the Enemy (Bloodlines)

Heart of the Enemy (Bloodlines) 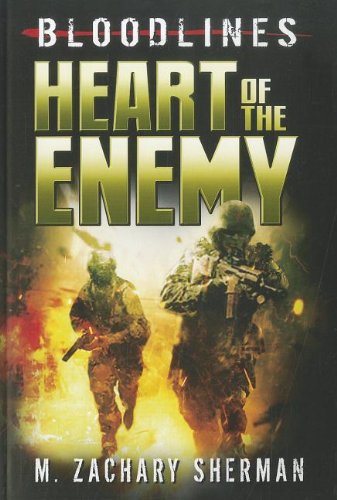 During the War in Iraq, Lieutenant Commander Lester Donovan of the U.S. Navy SEALs must capture a known terrorist near the border of Syria. It’s a dangerous mission. Land mines and hostile combatants blanket the area, yet Donovan is undeterred. But when the mission goes awry, this gung-ho commander must learn to keep his cool if he’s going to keep his men safe.

M. ZACHARY SHERMAN is a veteran of the United States Marine Corps. He has written comics for Marvel, Radical, Image, and Dark Horse. His recent work includes America's Army: The Graphic Novel, Earp: Saint for Sinners, and the second book in the SOCOM: SEAL Team Seven trilogy.

1. Heart of the Enemy (Bloodlines)

2. HEART OF THE ENEMY (BLOODLINES)