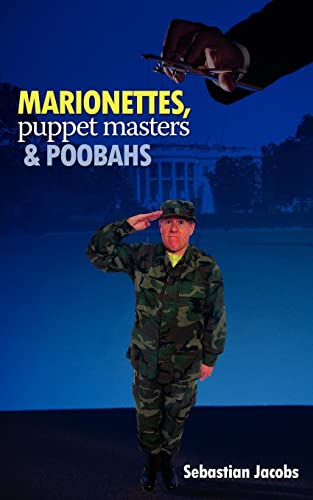 Meet an average Joe, a GI Joe. In fact we'll call him "Joe," but that's not his name. Joe is content being just another cog amongst cogs in the Big Green Machine. He's average, he knows it, but he enjoys what he does. One day chance flips his world upside down. Joe finds himself dragged up to the CEO level of the Corporation for apprenticeship. Now looking down from the top, he sees the system for what it is and what he sees makes him nauseous. This is an Army he never knew existed and you might not either. Come and find out about coffee, fixing computers, the different versions of being "on time," the problems with talking to aviators, and the one perk of working for the Man.Marionettes, Puppet Masters, & Poobahs will take you where few have gone and no one talks about. Meet Joe and learn the system.

Sebastian Jacobs was born during the Year of the Tiger. He received a BA in Political Science from a small public college in New York. Following 9/11 Sebastian served a year in Iraq as an infantryman. Now a struggling novelist, Sebastian is a devout Yankee fan and avid Sudoku enthusiast. His future aspirations include coaching his son's Little League team and living happily ever after with his wife. He is currently at work on a novel based on his experiences in Iraq.