Items related to One for the Fellas

Willingham, Henry One for the Fellas

One for the Fellas 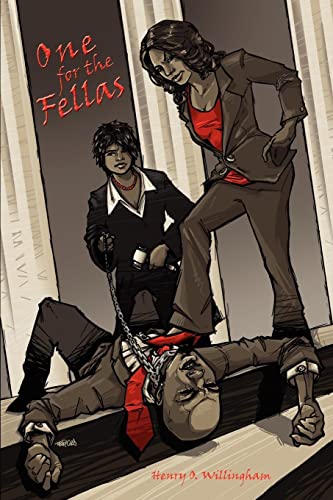 One for the Fellas is the story of Tony Nixon, who excelled in high school and college athletics and academics as a way out of the inner city and seems to be on his way to a very bright future as a lawyer and professional football player until the deaths of his brother and fiancż turn his life upside down, and he makes some very bad decisions. He marries a girl who turns out to be very angry and crazy. Having a child together does not improve the relationship, and they finally break up. While Kandi, his ex, tries to wreak havoc in his life, Tony thinks he has found a wonderful new friend, Teressa, who ends up using him and winds up pregnant. Pursued by two crazy exes for child support and a court system that penalizes him at every turn, Tony tries to do the right thing, until finally he hatches the ultimate revenge plan, using skills he learned in the U.S. Army, to get both crazy women back for everything they've done to him. One for the Fellas is meant to encourage others to fight back with the Pen and not with their Fists.

About the Author Henry Willingham, a native of Kansas City, Missouri, is an aspiring, enthusiastic, and charismatic writer who has traveled extensively throughout the world gaining a wealth of knowledge and wisdom well beyond his years pertaining to life, people, love, and relationships.With an abundance of insightfulness, he has decided to write this book based on life's trials and tribulations as they relate to love and relationships. He poured his heart and soul into completing this book, filled with excitement and intrigue, showing us life's lessons on how the circle of life in either a negative or positive aspect will certainly occur, many times when we're least prepared for it.

1. One for the Fellas

2. One for the Fellas

3. One for the Fellas

4. One for the Fellas