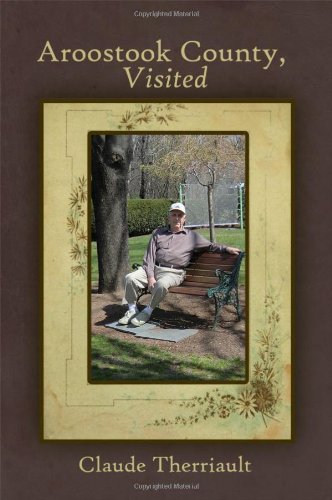 The author s first story was A Very Smart Cat. Then he expanded his storytelling to happenings of small backyard animals. He realized that, at his fingertips, non-fictional episodes were now at his disposal. These short stories were easy for the author to tell because he was now re-living them.
The story of Pool Table Shuffle involves some of the author s siblings and his dad. That is just the way it happened over 70 years ago. His dad was an energetic type of guy and believed that busy hands was an excellent attribute and made sure that all of his children contributed. This might be one of the reasons that the author has a good amount of true stories to relate.
All of the stories were written trying to stay away from negative attitudes, unless the tale needed a short statement to bring out the point of interest. The author has to apologize to his dear wife, Lorraine, about being a little rude in School Bus Driver.

The author, Claude Therriault, is a full-blooded Acadian from Chelmsford, MA. After high school in 1949 he headed for Hartford, CT for employment. In 1952 Harry S Truman, the president, sent him a letter, received on his 21st birthday, to report for induction. He spent July 1952-June 1954 in the US Army Infantry, mostly as a radio operator and achieved the rank of sergeant.
Therriault attended Tri State College in Angola, IN, and Wards School of Electronics in Hartford, CT earning a certificate in 1959 in Industrial Electronics Technology. A new job with SDS, Scientific Data Systems in 1967 took him to school in Santa Monica, CA for six months. He then serviced and maintained the Sigma 5 computers in the Boston, MA area. SDS was bought out by Xerox Corp. in 1972 and he remained with them till his retirement in 1994.
Therriault s hobbies are gardening, golf, pool and writing short stories. His wife gave birth to five children resulting in six grand- and seven great-grand-children.