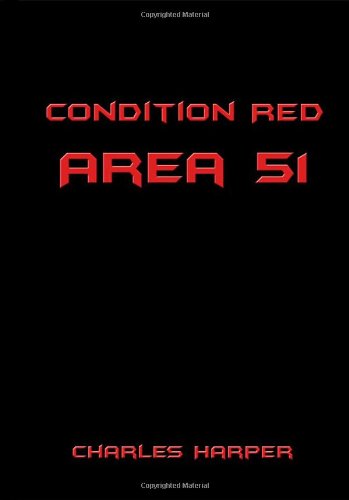 July 9, 1947. Roswell, New Mexico. A young boy tags along with his father to the Roswell Army Air Field and witnesses something he was not to see or know about until fifty-three years later.

August 5, 2000. Garden Plains, Kansas. A massive alien craft is spotted hovering by local citizens and darts off to the Northwest somewhere in Colorado, where it starts to tailgate commercial Flight 311 on its way to Oklahoma City. Three F-15 aircrafts are scrambling to intercept and investigate this unknown intruder.

The alien craft darts off to the Southeast, and the three F-15s give pursuit of the unknown intruder. The alien craft is able to lose the F-15s in a thunderstorm near Roswell, and history repeats itself some fifty-three years later.

My name is Charles D. Harper. I am a native Oklahoman, and live in the city of Tulsa. I graduated from Tulsa Central High, Class of 1983. I am pretty much like I was when I was growing up, and I still have an active imagination. I am still in that world, but I come back to the real world at times. Sometimes you have to escape the real world, and sometimes when I imagine, I'll still get some of the craziest ideas to do something or write something that is out of this world.