Items related to The Law And The Lady

Collins, Wilkie The Law And The Lady

The Law And The Lady 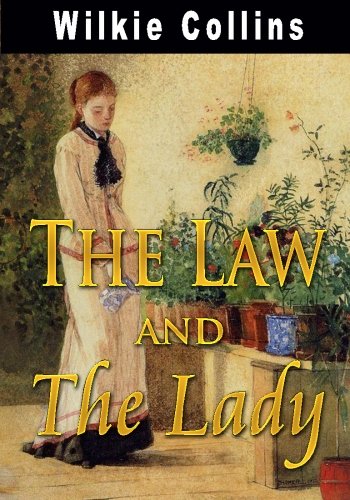 With great skill, Collins shows how a defendant's reputation is tarnished even when they have not been found legally guilty.
Though Collins is sometimes credited with inventing the detective story (others give that honor to Edgar Allan Poe, whose Murders in the Rue Morgue was published in 1841 - 27 years earlier than Collins' The Moonstone), he almost certainly began the tradition of female sleuths continued by Agatha Christie with Miss Marple and, in more modern times, V.I. Warshawski, Sara Paretsky's Chicago private detective. Perhaps it was Collins' unorthodox relationships that allowed him to see the strength and determination that a woman could bring to the role of detective and to reject the usual Victorian image of women being weak and in need of protection.

Jenny Bourne Taylor is a Lecturer in English at the University of Sussex.