Items related to Life and Letters of Lord Macaulay

Life and Letters of Lord Macaulay 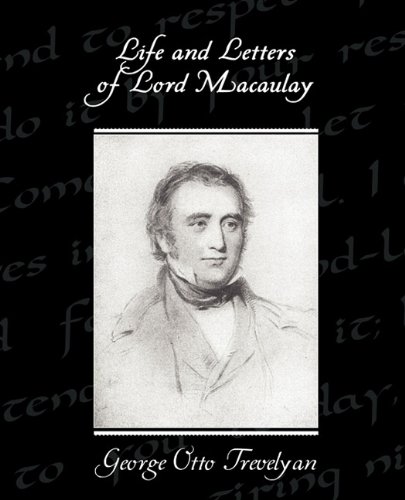 Sir George Otto Trevelyan, 2nd Baronet (1838 -1928) was a British statesman and author. Twice he was Secretary of State for Scotland under William Gladstone and the Earl of Rosebery. Trevelyan published The Life and Letters of Lord Macaulay, his maternal uncle, in 1876. Thomas Babington Macaulay, 1st Baron Macaulay (1800 -1859) was a British poet, historian and Whig politician. He wrote essays, reviews, and on British history. He held political office as Secretary at War between 1839 and 1841 and Paymaster-General between 1846 and 1848.