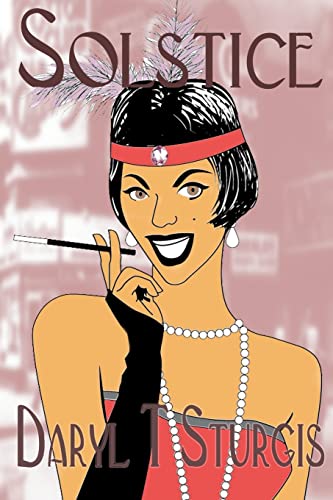 Solstice Macaffey was the world’s most powerful and glamorous witch. Achieving unparalleled influence and dominance. Breaking barriers, as well as, hearts and heads along the way. But that was such a very long time ago. Now, nearing the end of her life, Solstice is an old and angry witch living in a dilapidated brownstone with her cantankerous housekeeper, Constance. She has been reduced to children’s ridicule and taunts, subsisting on little more than vodka and recollections. When one day Newel, a precocious ten year-old boy, arrives with the potent question: “Is you a witch?” Sanguine at the notion of taking on an apprentice, Solstice sweeps Newel into the story of her nefarious, violent and often campy rise to power. Leading frogs in revolt, bewitching boys to procure love, cavorting with demons dripping with saccharine duplicity, she enchants him. Solstice has deceived, betrayed, used, neutralized or killed everyone, foe and friend, on her meteoric and scandalous journey to become the ruler of the world. But just when she realizes that Newel may be her one chance at redemption he is snatched away by poverty, addiction, neglect and abuse. To save Newel, she must battle the evils of her past or else they will both suffer eternal damnation.

Daryl T Sturgis was born in 1965 in Winston-Salem, North Carolina, to a professional and creative family. He started his artistic life early by writing imaginative science fiction about monsters and spaceships for fellow classmates in elementary school. He soon discovered a love of comic books and invented his own universe, containing over 80 original heroes, villains and team affiliations. He performed in church and on stage in both high school and college where he became a member of Alpha Psi Omega National Honorary Theater Society. He's lived and worked in New York City since 1991. He's produced staged readings of two of his plays, Flame on Jupiter and Scorched Earth, and wrote and performed with the sketch comedy group, Spunk. Daryl has worked in a variety of jobs including: manager of operations at the Bronx Zoo, software trainer for victims of domestic violence reentering the workforce, and data collection for an impactful study on fast food and caloric intake that lead to New York City's groundbreaking calorie labeling law. His first novel Solstice was published in 2009 and was well received.