Items related to Blue Jean Baby: One Girl's Trip Through The 1960s... 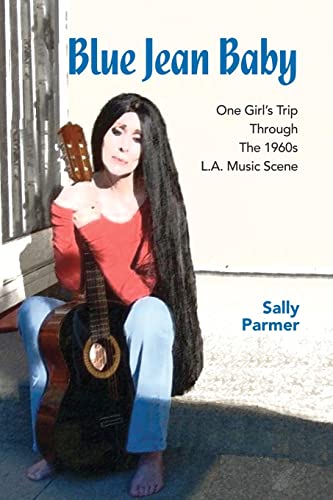 "Blue Jean Baby is a different kind of music-scene book. It takes us on a trip through the sixties via a typical middle-class girl who happened to be in love with music. The Los Angeles native's early exploits as a rock fan are funny and naive, while her later relationships with musicians (some unmemorable and others wildly famous) are described with respect and a bit of sadness. Through concert antics and backstage trysts, family problems and medical emergencies, tight friendships with other L.A. denizens and one-nighters with rock stars, there is an undercurrent of both glowing anticipation and lonely desperation. This is a book for those who want to remember the sixties music scene, for those who would like to understand the reality of those involved with the Sunset Strip and Laurel Canyon crowd, and for those who simply want to enjoy a frank and honest, often unglamorous, coming-of-age story. A great read." --Brighton Book Review, 2009

Sassy true confessions of a groupie who lived her life to the hilt in Los Angeles during the ’60s music scene and lived to tell the tale. For better or worse, first-time author Parmer’s antics haven’t yet become the stuff of legend, like those of Pamela Des Barres—whose free-wheelin’ I’m With the Band set the bar for explicit rock-chick autobiographies—or defined a career track, as with self-professed “recovering groupie”/artist Cynthia Plaster Caster. But the author’s well on her way to joining that exalted, exclusive club. In 1964, she’s a pretty, talented, smart and popular suburban Southern California teen. But all is not as it seems on the domestic front—her abusive, alcoholic mother is determined to thwart the girl’s every attempt to get ahead and away. But when the Beatles hit America, Parmer sees a way out. Soon enough she lets her hair down (literally), gets a guitar, hip clothes, new friends and is making the scene on the Strip and in Laurel Canyon. Eventually she loses her virginity to one of the Rolling Stones, hangs with the Turtles, Love, the Byrds, the Doors and a roster of other now-forgotten musicians, suffers medical emergencies and endures friends’ betrayals and the total estrangement of her chaotic family. Through it all she revels in her personal and sexual freedom, to a degree almost unthinkable to previous generations. Parmer is at her best when her naturally self-deprecating tone holds sway—there’s little of the braggadocio so often found in tell-alls. Rather than simply presenting a laundry list of her conquests and recounting in gruesome detail their individual kinks and quirks, the author tells her story without glamorizing or romanticizing it. And without a drop of remorse, self-pity or false humility. “There will never again be a decade so remarkably transitional, terrifying and beautiful as the sixties,” she says, and it rings true. - Kirkus Discoveries