Items related to The Castle of Llyr (Chronicles of Prydain)

Alexander, Lloyd The Castle of Llyr (Chronicles of Prydain)

The Castle of Llyr (Chronicles of Prydain) 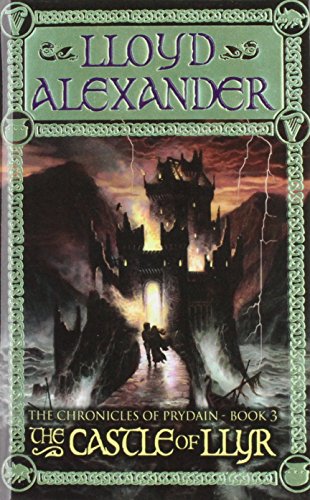 In the imaginary kingdom of Prydain, Princess Eilonwy must leave her friends to go to the Isle of Mona for training as a proper princess. Because Eilonwy has magical powers, she is sought by Achren, the most evil enchantress in the land. Shortly after her arrival on the Isle of Mona, something sinister and secret befalls her. Eilonwy's loyal friends--Taran, the Assistant Pig-Keeper; Flewddur, the bard; and Prince Rhun, her intended husband--realize her peril and set out on an exciting and terrifying mission to rescue her. They encounter great forces of enil as well as private--sometimes painful--revelations in the course of their journey.

Lloyd Alexander (1924-2007) was the author of more than forty books for children and adults, including the beloved children's fantasy series, the Chronicles of Prydain, one of the most widely read series in the history of fantasy and the inspiration for the animated Disney film, The Black Cauldron. His books have won numerous awards, including the Newbery Medal, the Newbery Honor, and the National Book Award for Juvenile Literature.