Items related to Secrets Exposed: discrimination still exist in the... 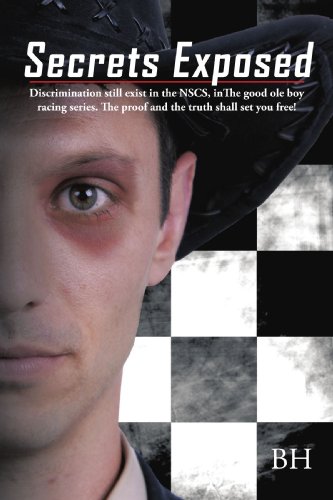 The ultimate tell all, about discrimination that still exsit in nascar racing this book contains the proof and the truth about what happened to me when I entered there sport and how my property was taken by people in there sport, robbing me of millions and an oppurtunity to advance in there sport ,by me being stopped at the front door because I was a minority and my product was better than any other product there drivers was using ,they feared I was going to knock some of there good ole boys out of business. This is 2009 We now have an afro american president , this is not the 60's or early the 70's the world have changed! Give minorities a chance to race in your racing series and stop making excuses for racism, the racism that still dwells with in your organization ,minorities shoud have the same rights to design something for your sport with out people in your organization banning together to take other peoples property because of the color of there skin ! The proof and the truth ,shall set you free and its in this book, Some times when it rains it pours!!

However I have always been into designing new products and I never encountered such differculity dealing with people that has always had a problem with people of color It shouldn't be about your national orgin it should be about the product I helped design several products in the past there is know excuse for racism intodays society this is 2009 we now have an afro american president enough is enough when it comes to racism ,this is a prime example on whats going on in this sport people banning together privately under there white sheets still today stopping minorities at the door robbing them of oppurtunity and in some cases there intelluctual properties because there skin color is to dark this sport of racing says a lot when you watch them race on sunday I've always been a hughe fan of the sport until I got robbed of my intellectual properties from people running false advertising telling minorities to get in then when you try to get you are stopped at the front door with them fearing that you are going knock one of there good ole boys out of business because your product is better thats when they bann together against you stopping you at the door then try to play you stupid! there have been to many reports of racism and stolen intellectual property cases at some point you have to realize that its the truth and its know longer here say. Iam a living witness because it happened to me thats why I decided to write this book with proff and the truth in it so that way peolpe will know that I am not just bad spreading gossip or bad press , the proof is in the book this is what they tried to hide from the public and this is way afro americans are not in there race cars! I live in the south My hobbies are fishing, running and designing new products