Items related to Jungian Archetypes: Jung, Gödel, and the History of...

Jungian Archetypes: Jung, Gödel, and the History of Archetypes 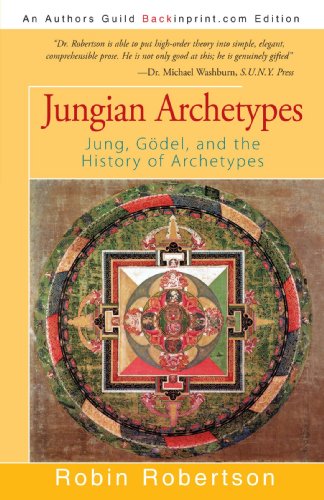 Twenty-five hundred years ago, Pythagoras taught that the simple counting numbers are the basic building blocks of reality. A century and a half later, Plato argued that the world we live in is but a poor copy of the world of ideas. Neither realized that their numbers and ideas might also be the most basic components of the human psych: archetypes. This book traces the modern evolution of this idea from the Renaissance to the 20th century, leading up to the archetypal hypothesis of psychologist C.G. Jung, and the mirroring of mathematical ideas of Kurt Gödel.

Robin Robertson, PhD is a Jungian-oriented clinical psychologist; an associate professor at the California Institute of Clinical Psychology; an amateur magician and mentalist; and a writer and lecturer. He has published sixteen books, in psychology and in his hobby as a magician. He lives in Alhambra, California.