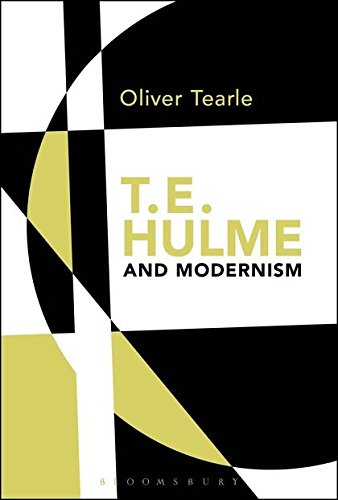 T. E. Hulme (1883-1917) was the author of a small number of poems and some genuinely innovative critical and philosophical writings. From this modest output his influence on later writers was considerable: T. S. Eliot described his poems as ‘beautiful' and Ezra Pound and Wyndham Lewis were both inspired by his work. T.E. Hulme and Modernism explores his impact on key modernist figures, and also shows where this influence has been misplaced or misinterpreted. Oliver Tearle also here suggests that Hulme's significance goes beyond his influence on modernism, and that his work provides new ways of thinking about creative and critical writing in the twenty-first century. What is poetry? What is the purpose of literary criticism? And how might the strange phenomenon of the fragment offer new ways of theorising such issues? In exploring these and other important matters this book pushes at the boundaries of literary criticism and of writing itself.

Through close readings, this book explores T.E. Hulme's influence on key Modernist writers and how he might offer a new model of creative-critical practice.

Oliver Tearle lectures at Loughborough University, UK. He is the co-editor (with John Schad) of the book Crrritic! and the author of Bewilderments of Vision: Hallucination and Literature, 1880-1914.

Book Description Bloomsbury Academic, 2020. Hardback. Condition: NEW. 9781441156655 This listing is a new book, a title currently in-print which we order directly and immediately from the publisher. Print on Demand title, produced to the highest standard, and there would be a delay in dispatch of around 10 working days. For all enquiries, please contact Herb Tandree Philosophy Books directly - customer service is our primary goal. Seller Inventory # HTANDREE0263837