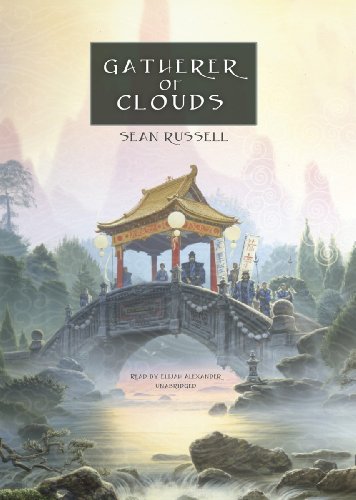 It is the season of war. As the plum blossom winds herald spring in the Empire of Wa, Initiate Brother Shuyun, spiritual advisor to Lord Shonto, the military governor of the northernmost province of Seh, receives a shocking message from the barbarian lands. The massive army of the Golden Khan is poised at their border. Forced to retreat south, Lord Shonto is caught between the pursuing barbarian hordes and his own hostile emperor's Imperial Army.

Meanwhile, the beautiful young Lady Nishima again becomes involved in court intrigue as well as in a dangerous romantic liaison.

Even as this trap closes on Shonto and his allies, Brother Shuyun faces a crisis of his own. For in the same scroll that warned of the invasion was a sacred udumbara blossom, a sign his order has awaited for a thousand years, a sign that the Great Teacher has finally been reborn. And now it may fall to one young monk with extraordinary powers to save his empire.

This is the second book in 'The Initiate Brother' series.

SEAN RUSSELL, born in Toronto, Ontario, in 1952, decided he wanted to be a writer at age ten and was later heavily influenced by J. R. R. Tolkien's The Lord of the Rings. He began writing fantasy novels in 1991 and most recently has written naval historical fiction under the name of S. Thomas Russell. He lives in Vancouver, British Columbia, with his family.

Praise for Sean Russell:
''Russell is one of the best new post-Tolkien, post-Le Guin generation of fantasists.'' -- The Year's Best Fantasy and Horror, Vol. XI
''[He] has proven himself a master of intelligent fantasy -- subtle, exciting, well-crafted.'' --Stephen R. Donaldson, World Fantasy Award-winning author of Reave the Just and Other Tales