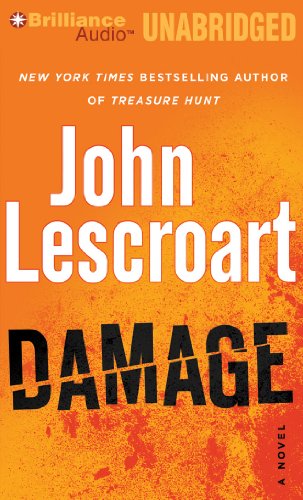 The Curtlees are a powerful force in San Francisco, unscrupulous billionaires who’ve lined every important pocket in the Bay Area in pursuit of their own ascent. So when the family’s heir, Ro Curtlee, was convicted of rape and murder a decade ago, the fallout for those who helped to bring him to justice was swift and uncompromising. The jury foreman was fired from his job and blacklisted in his industry. The lead prosecutor was pushed off the fast track, her dreams of becoming district attorney dashed. And head homicide detective Abe Glitsky was reassigned to the police department’s payroll office. Eventually, all three were able to rebuild their lives.

And then Ro Curtlee’s lawyers won him a retrial, and he was released from jail.

Within twenty-four hours, a fire destroys the home of the original trial’s star witness, her abused remains discovered in the ruins. When a second fire claims a participant in the case, Abe is convinced: Ro is out for revenge. But with no hard evidence and an on-the-take media eager to vilify anyone who challenges Ro, can Abe stop the violence before he finds himself in its crosshairs? How much more can he sacrifice to put Ro back behind bars?

John Lescroart is the bestselling author of eighteen previous novels, which have sold more than ten million copies. He lives with his family in Northern California.

Felicia Nuñez saw him standing up against a building across the street from the stop where she normally got off her streetcar. With her heart suddenly pounding in her ears, she turned away from the streetcar door as it opened and sat down on one of the side-facing benches just at the front across from the driver.

As the car started up again, passing him, she caught another glimpse of him out of the corner of her eye.

Or maybe it was him. It looked very much like him. His hair maybe a little different, longer, from the last time she’d seen him in the courtroom, but the same attitude in the way he stood. He had one boot propped up against the building, his strong white arms crossed over his chest.

She knew why he was there. He was waiting. Waiting for her.

Back then she used to see him everywhere, even though her mind had known that he could not find her. She’d been in witness protection. No one even knew where she’d lived. So there was no way in reality that it could happen. And yet for a year or two, she thought she saw him every day.

This time it was exactly him. Most of the other times, whoever she saw reminded her of him—the hair, the arms, the set of the body. But today was all him, not a collection of similar parts that, in her terror, she could imagine into the monster that he was.

At the next stop she descended out into the neighborhood and heard the streetcar’s door close behind her and then the brakes release and then the scraping sound as it moved ahead and left her standing alone at the curb.

She did not like to spend extra money and knew she could make a cup of coffee for free at home, but he might still be there lurking and if he saw her, he might, or he would...

She could not imagine.

No. She could imagine.

She went into the Starbucks and ordered a coffee—half an hour’s work at the cleaners where she was lucky to have a job, but she needed to sit quietly and to think, and also to give him time to leave if he was really waiting there to see her.

How could he have found her?

She took a seat at the front window where she could see him if he suddenly appeared among the pedestrians passing by.

The first sip scalded her tongue and the pain seemed to break something within her. She put her paper cup down and blinked back the wave of emotion that threatened now to break over her.

Bastardo! she thought. The life-destroying bastard.

In her mind, she was eighteen again.

Excerpt from DAMAGE © 2010 by John Lescroart. Published by Dutton, A Member of Penguin Group (USA) Inc. Excerpted with permission from the publisher. All Rights Reserved.