Items related to Rethinking the Humanities: Paths and Challenges (Alterities,... 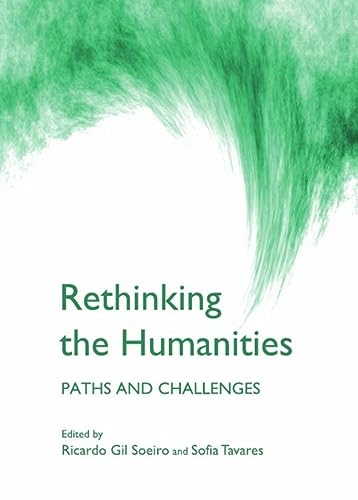 In what we consider to be a timely collection of essays, the volume "Rethinking the Humanities: Paths & Challenges" tries to reflect upon the present condition of the humanities and their manifold challenges, acutely dramatized in an era of increasing contingency and globalization. By drawing upon a wide variety of perspectives and areas of research (from literary studies to philosophy, from cultural criticism to the history of ideas), we hope to surpass the now dominant rhetoric of crisis (as if features, for example, in George Steiner's essay 'Humanities - At Twilight?'), not only by devising new horizons for a humanistic-literary culture (Candido de Oliveira Martins) and envisioning literary studies in a Post-literary age (David Damrosch), but also by advocating an ethical turn for the humanities (Peter Levine and Jose Pedro Serra) - seen as an education toward autonomy (Richard Wolin), as well as by reconsidering the very notion of crisis within the humanities (Marjorie Perloff and Antonio Sousa Ribeiro). By doing so, and whilst it does not claim to offer definitive answers, the volume nevertheless strives to open up new fields of debate and innovative perspectives.

1. Rethinking the Humanities: Paths and Challenges