Items related to The Mahabharata of Krishna-Dwaipayana Vyasa Translated... 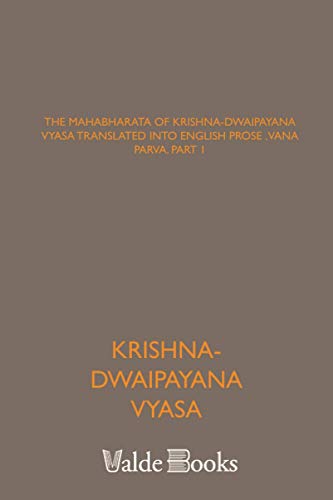 Excerpt: ...with terrible celestial army of great splendour, sounding their shrill war-cry and furnished with various sorts of standards, with warriors encased in various armour and armed with numerous bows and riding on various animals. When Mahasena beheld the gloriously decked Sakra, attired in his best clothes, advancing with the determination of slaying him, he (too on his part) advanced to meet that chief of the celestials. O Partha, the mighty Vasava, the lord of the celestials, then Pg 459 uttered a loud shout, to encourage his warriors and marching rapidly with the view of killing Agni's son and praised by Tridasas 35 and great Rishis, he at length reached the abode of Kartikeya. And then he shouted out with other gods; and Guha too in response to this, uttered a fearful war-cry resembling the roaring of the sea. On hearing that noise, the celestial army behaved like an agitated sea, and was stunned and fixed to the spot. And that son of Pavaka (the Fire-god) beholding the gods come near to him with the object of killing him, was filled with wrath, and gave out rising flame of fire from within his mouth. And these flames destroyed the celestial forces struggling on the ground. Their heads, their bodies, their arms and riding animals were all burnt in that conflagration and they appeared all on a sudden like stars displaced from their proper spheres. Thus afflicted, the god renounced all allegiance to the thunder-bolt, and sought the protection of Pavaka's son; and thus peace was again secured. When he was thus forsaken by the gods, Sakra hurled his thunder-bolt at Skanda. It pierced him on the right side; and, O great king, it passed through the body of that high-souled being. And from being struck with the thunder-bolt, there arose from Skanda's body another being