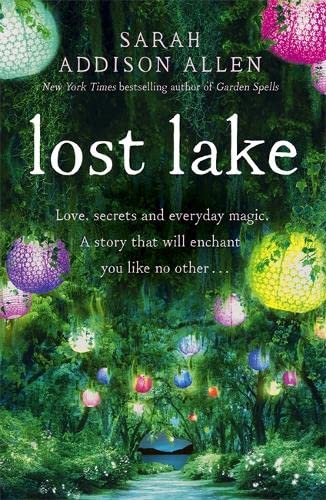 The first time she saw Lost Lake, it was just a picture on a postcard, but she knew she was seeing her future. That was half a lifetime ago. Now all that's left is a once-charming collection of lakeside cabins succumbing to the Southern Georgia heat and damp, and an assortment of faithful misfits drawn back to Lost Lake year after year by their own secret dreams and desires. It's not quite enough to keep Eby Pim from selling up and calling this her final summer at the lake. Until one last chance at family knocks on her door. Kate spent her best summer at Lost Lake, at the age of twelve, before she learned of loneliness, and heartbreak, and loss. Perhaps, if she returns, her young daughter can cling to her own childhood for just a little longer... and maybe Kate herself can rediscover something that slipped through her fingers so long ago. One by one, people find their way to Lost Lake, looking for something: a second chance, a mystery solved, a heart mended. Can they find what they need before it's too late? In this atmospheric and enchanting novel, Sarah Addison Allen illuminates the secret longings and the everyday magic that wait to be discovered in the unlikeliest of places.

Sarah Addison Allen is the product of a newspaper man and a former debutante who pierced her nose and dyed her hair red at the age of fifty. Taught the fine art of table place settings at an early age, she has never quite shaken off her inherited urge to rebel. She lives in the American South, where her novels are set. You can find out more at www.sarahaddisonallen.com, find Sarah on Facebook at www.facebook.com/sarahaddisonallen, and follow her on Twitter at twitter.com/SarahAddisonAll.