Items related to The Midnight Rose 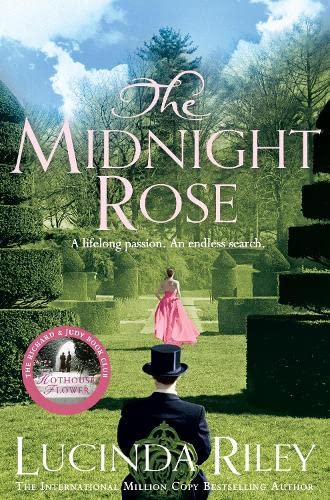 Paperback. Pub Date :2013-08-29 Pages: 400 Language: English Publisher: Macmillan The latest novel from international multi-million-copy bestselling author Lucinda Riley is a stunning. epic saga Spanning four generations and two very different cultures. it. sweeps from the glittering palaces of the great maharajahs of India to the majestic stately homes of England. following the extraordinary life of a girl. Anahita Chaval. from 1911 to the present day ... In the heyday of the British Raj. eleven-year -old Anahita. from a noble but impoverished family. forms a lifelong friendship with the headstrong Princess Indira. the privileged daughter of rich Indian royalty. Becoming the princess official companion. Anahita accompanies her friend to England just before the outbreak of the Great War. There. she meets the young Donald Astbury. reluctant heir to the magnificent. remote Ast...

Lucinda Riley was born in Ireland and wrote her first book aged 24. Her novel Hothouse Flower (also called The Orchid House) was selected for the UK's Richard and Judy Book Club in 2011 and went on to sell over 2 million copies worldwide and become a New York Times bestseller. Her next novel, The Girl on the Cliff, also made it onto the New York Times bestseller list, in its first week, and her latest book, The Light Behind the Window (also called The Lavender Garden) was a number one bestseller on the German chart. The Midnight Rose is to be published in most markets of the world in early 2014. Lucinda's books are translated into 22 languages and published in 36 countries. She lives with her husband and four children on the North Norfolk coast in England and in the South of France.