Items related to The Crimson Chalice 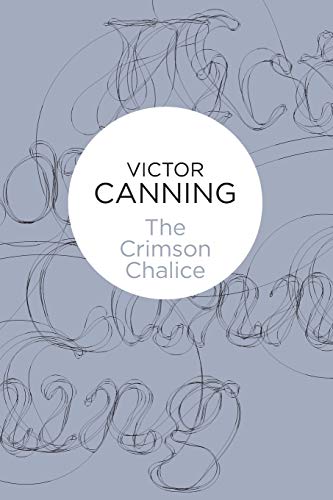 The Crimson Chalice trilogy, first published between 1976 and 1978, is Victor Canning's classic retelling of the story of King Arthur. Beginning with the story of his parents, Tia and Baradoc, Canning weaves elements of the Grail myth into a Fifth century setting; a Britain abandoned by the Romans, and gradually descending into tribal conflict. In the second book of the trilogy, The Circle of the Gods, young Arturo, with an unshakeable sense of destiny, establishes a comitatus, a gathering of companions, which will one day grow into an army under the banner of the white horse. In the closing book, The Immortal Wound, Arturo's story concludes as he ascends to become high king of Britain. Throughout the story, the ever present Merlin appears to guide Arturo, as he fulfils his destiny, alongside the familiar characters of Arthurian legend.

Victor Canning was primarily a writer of thrillers, and wrote his many books under the pseudonyms Julian Forest and Alan Gould. Among his immediate contemporaries were Eric Ambler, Alistair Maclean and Hammond Innes.

Canning was a prolific writer throughout his career, which began young: he had sold several short stories by the age of nineteen and his first novel, Mr Finchley Discovers His England (1934) was published when he was twenty-three. Canning also wrote for children: his The Runaways trilogy was adapted for US children's television.

Canning's later thrillers were darker and more complex than his earlier work and received great critical acclaim. The Rainbird Pattern was awarded the CWA Silver Dagger in 1973 and nominated for an Edgar award in 1974.

In 1976 The Rainbird Pattern was transformed by Alfred Hitchcock into the comic film The Family Plot, which was to be Hitchcock's last film. Several of Canning's other novels including Golden Salamander (1949) were also made into films during Canning's lifetime.