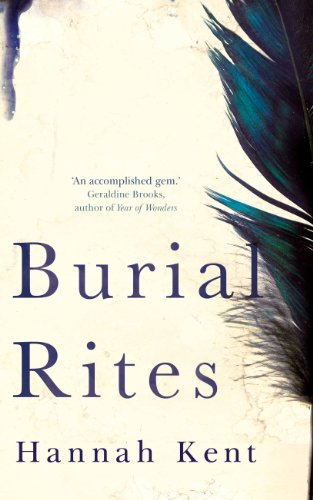 Paperback. Pub Date :2013-09-12 Pages: 256 Language: English Publisher: Picador They said I must die They said that I stole the breaths from men. and now they must steal mine I imagine. then. that we are.. all candle flames. greasy-bright. fluttering in the darkness and the howl of the wind. and in the stillness of the room I hear footsteps. awful coming footsteps. coming to blow me out and send my life up away from me in a grey wreath of smoke. In northern Iceland. 1829. Agnes Magnusdottir is condemned to death for her part in the brutal murder of her lover. Agnes is sent to wait out her final months on the farm of district office Jon Jonsson. his wife and their two daughters. Horrified to have a convicted murderer in their midst. the family avoid contact with Agnes. Only Toti. the young assistant priest appointed Agness spiritual guardian. is compelled to try to understand...

Book Description Paperback. Condition: Very Good. The book has been read, but is in excellent condition. Pages are intact and not marred by notes or highlighting. The spine remains undamaged. Seller Inventory # GOR005827484

Book Description Paperback. Condition: Fair. A readable copy of the book which may include some defects such as highlighting and notes. Cover and pages may be creased and show discolouration. Seller Inventory # GOR006584391

Book Description Condition: Good. A+ Customer service! Satisfaction Guaranteed! Book is in Used-Good condition. Pages and cover are clean and intact. Used items may not include supplementary materials such as CDs or access codes. May show signs of minor shelf wear and contain limited notes and highlighting. Seller Inventory # 1447235657-2-4