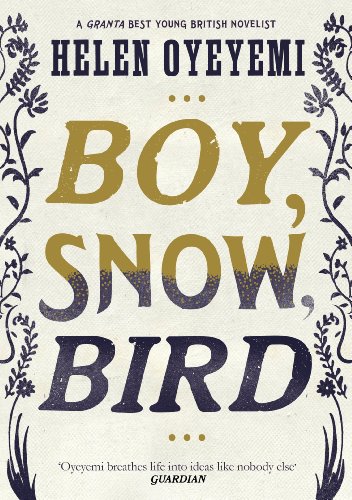 The fifth novel from award-winning author Helen Oyeyemi, who was named in 2013 as one of Granta's best of young British novelists. A retelling of the Snow White myth, Boy, Snow, Bird is a deeply moving novel about an unbreakable bond . . . BOY Novak turns twenty and decides to try for a brand-new life. Flax Hill, Massachusetts, isn't exactly a welcoming town, but it does have the virtue of being the last stop on the bus route she took from New York. Flax Hill is also the hometown of Arturo Whitman - craftsman, widower, and father of Snow. SNOW is mild-mannered, radiant and deeply cherished - exactly the sort of little girl Boy never was, and Boy is utterly beguiled by her. If Snow displays a certain inscrutability at times, that's simply a characteristic she shares with her father, harmless until Boy gives birth to Snow's sister, Bird. When BIRD is born Boy is forced to re-evaluate the image Arturo's family have presented to her, and Boy, Snow and Bird are broken apart. Sparkling with wit and vibrancy, Boy, Snow, Bird is a novel about three women and the strange connection between them. It confirms Helen Oyeyemi's place as one of the most original and dynamic literary voices of her generation.

Helen Oyeyemi is the author of The Icarus Girl, The Opposite House, White is for Witching (which won a 2010 Somerset Maugham Award), and Mr Fox. In 2013, Helen was included in Granta's Best of Young British Novelists. Boy, Snow, Bird is Helen's fifth novel.

Book Description Picador, 2014. Condition: Good. A+ Customer service! Satisfaction Guaranteed! Book is in Used-Good condition. Pages and cover are clean and intact. Used items may not include supplementary materials such as CDs or access codes. May show signs of minor shelf wear and contain limited notes and highlighting. Seller Inventory # 1447254228-2-4