Items related to Sun Gone Nova: A Collection of Cartoons by Evie Ryland

Sun Gone Nova: A Collection of Cartoons by Evie Ryland 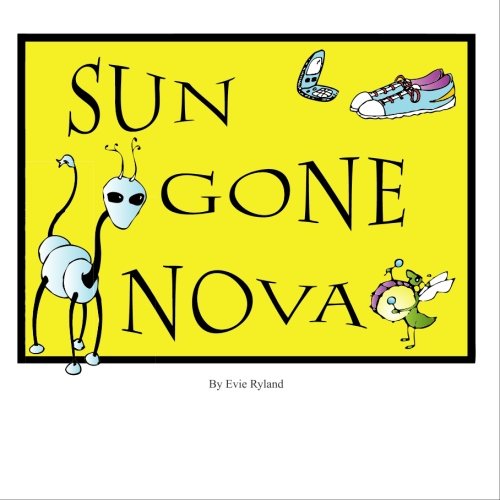 FIRST EDITION. A selection of witty single-panel comic strips in vivid colors for all ages. Laughable, eyebrow raising insights and zany satire make this an enjoyable reading gift for everyone. Each cartoon is single side printed for clean and easy framing and thumbtacking.

Cartoonist Evie Ryland is the creator of Sun Gone Nova, a single-panel comic strip that appears in the Century City Newspaper. She is also a fine artist in the medium of pen & ink, and a founding member of the Century City Chamber of Commerce Arts & Cultural Affairs Council. Ms. Ryland grew up in a Southern Texas beach town with her mother, an artist and her father, a chemist. Coming from a family with a strong relationship to the land, she was taught how to capture an armadillo with her bare hands, swim with sharks, and avoid attacks by wild boar, owls and rattlesnakes. However, it's believed that she discovered the value of cynicism after she was abducted by a pink UFO while riding her bicycle at the age of 15. She then gave up the peaceful beach life, and spent much of her time traveling and developing her talent for creating extremely interesting and complex characters. Her genius for satirical and analytical humor is her method of achieving a conceptually and contextually different reality and has been attributed to her parent's artistic and scientific influence as well as her unusual childhood experiences. Ms. Ryland currently resides in Los Angeles, California.