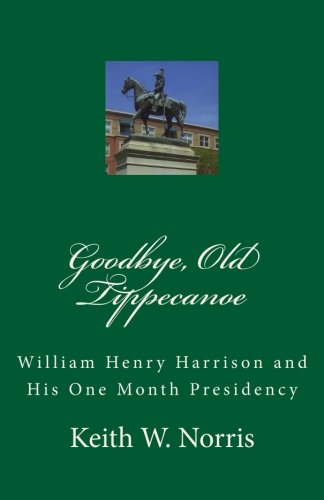 For 32 days in 1841, William Henry Harrison was the President of the United States of America. His election in 1840 followed one of the rowdiest, most colorful, and most memorable presidential campaigns in history. A month after his inauguration, he was dead. It was the first time in the nation's history that a sitting president died in office, and the voters who placed their hopes in "Old Tippecanoe" were devastated. This book examines Harrison' rise from military hero and public servant to the highest office in the land, his often misunderstood illness and death, the nation's response to his death, and his lasting legacy.

Keith W. Norris is a property casualty claims adjuster by profession. He has a Bachelor of Science degree in Finance from Western Kentucky University in Bowling Green, Kentucky. He lives in Louisville, Kentucky with his wife and children. This is his first book.

Book Description CreateSpace Independent Publishing Platform. Paperback. Condition: Very Good. A copy that has been read, but remains in excellent condition. Pages are intact and are not marred by notes or highlighting, but may contain a neat previous owner name. The spine remains undamaged. At ThriftBooks, our motto is: Read More, Spend Less. Seller Inventory # G1449945112I4N00