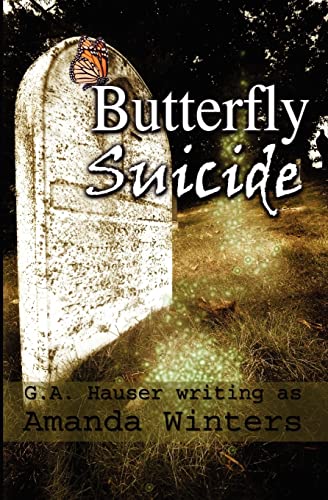 Sometimes the people closest to you are complete strangers. Diane 'Dee' Young thought she knew all there was to know about her fiancé Stewart Donaldson. A stock broker and a high achiever, handsome and athletic, Stu came from a wealthy British family and seemed to have the world at his fingertips and a bright future ahead. When Stu dies suddenly, and in mysterious circumstances, Diane begins to question everything she knew about Stu as she searches for the truth. Intertwined in Diane's tale is the story of the Zackary Armstrong, an eighteen year old male seduced by Stewart Donaldson via the internet. Their sexual liaisons ultimately become both their undoing. Will Diane ever learn the truth about her fiancé's death? Or is there a murderer who may never be brought to justice?

Award-winning author G. A. Hauser was born in Fair Lawn, New Jersey, USA, and attended university in New York City. She moved to Seattle, Washington where she worked as a patrol officer with the Seattle Police Department. In early 2000 G.A. moved to Hertfordshire, England, where she began her writing in earnest and published her first book, In the Shadow of Alexander. Now a full-time writer, G.A. has written dozens of novels, including several bestsellers of gay fiction. For more information on other books by G.A., visit the author at her official website at: www.authorgahauser.com. G.A. has won awards from All Romance eBooks for Best Novel 2007, Secrets and Misdemeanors, Best Author 2007. Best Novel 2008, Mile High, and Best Author 2008.