Items related to A Mirror in Time

Kim Smith A Mirror in Time

A Mirror in Time 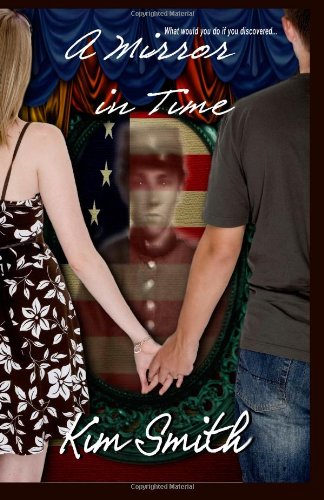 What would you do if you discovered ... A Mirror in Time? Leading lady-Carly Jean (CJ) Simms thinks she'd like to live in the era of her school play, Buttermilk Hill. It takes place during the War Between the States and she thinks being a lady of the manor would be very cool. She hopes to pull off the performance of a lifetime and win the drama award. The only thing keeping her from it is her mother who needs her at home to take care of her baby brother and aging grandfather. Leading man-Josh Jamison has problems of his own. He wants to join the army but has found no support from his father. Josh doesn't understand what the big deal is. When his best friend tries to convince him that he's making a mistake, he turns a deaf ear. Paired with CJ in the school play, he thinks his luck is finally turning. Maybe his performance as a soldier in the play will win the drama award and a little respect from everyone. CJ and Josh pin all their hopes on that prestigious drama award. If they could just find some way to insure their success...

Kim Smith is the author of a zany cozy mystery series and several contemporary romances. A Mirror in Time is her first young adult novel. You can hear Kim’s radio show, Introducing WRITERS! on BlogTalk Radio.