Items related to The Last Warrior of Ertansha

The Last Warrior of Ertansha 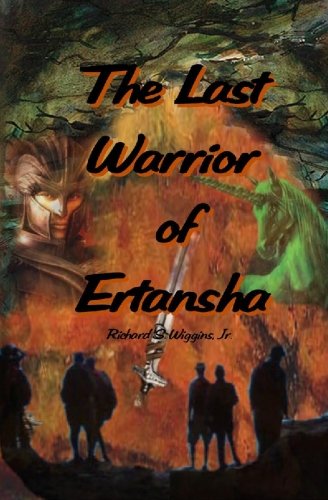 A simple camping trip finds a group of so-called friends battling for their lives in a world not their own. And what of Ben and Carol, would-be lovers? Fate leaves no battle unfinished. Endings can only be delayed. "My name is Inlooh. I am the last of the wizards on this world. Once we were as numerous as the Martan Mounts, but we have fallen to the Titan. Now I am the only wizard left, and your crevwer is the only Martan Mount. We are the last of the old world. When we die, so will that world. That is the way of things... You must defeat the Titan. It is the only chance you or anyone in this world has. You must be the last warrior of Ertansha." Let author Richard S. Wiggins, Jr. pull you into this spellbinding tale. Find yourself steeped in encouragement and disgust, joy and anger as you watch the so-called friends struggle to survive in this new land. Watch as they battle animalistic ape men, alligator-like drags, taloned birdmen, and others, including humans...and one another. This book will fill you with laughter and tears and hope as true natures are revealed. You will learn that love kindled in another time and space cannot be bound as you walk with the campers through the world they must now call home; a world that must be saved by one not originally its own.

Rick Wiggins has harbored a love of science fiction and fantasy books and movies for as long as anyone can remember. He began to expand into his own world through writing many years ago. His works at large, however, would not be shared with the deserving world until now. Rick is athletic and strives to maintain a healthy lifestyle. He jogs or bikes daily and has run in numerous ˝ marathons and ridden in many 100+ mile bicycle rides. His ultimate goal is to ride his bicycle from California to Oklahoma (where his loving wife will fly in to greet him!). Rick is the father of three daughters and a grandfather as well. Born to parents whose livelihood came from the oil business, Rick has lived in many wonderful places, from Venezuela to Alaska. He currently resides in Northern California with his wife and all the pets his children have left behind as they've moved on into worlds of their own making.