Items related to The Lost Civilization Enigma: A New Inquiry into the...

Coppens, Philip The Lost Civilization Enigma: A New Inquiry into the Existence of Ancient Cities, Cultures, and Peoples Who Pre-Date Recorded History

The Lost Civilization Enigma: A New Inquiry into the Existence of Ancient Cities, Cultures, and Peoples Who Pre-Date Recorded History 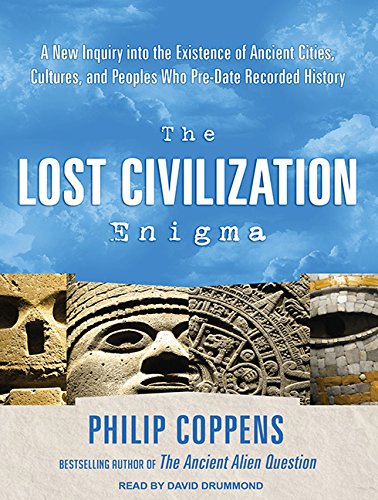 Are history books giving us the whole story? Or is civilization far more complex and for older than we have been taught?Our school textbooks barely mention the 6,000-year-old Sumerian civilization, yet the latest archaeological findings at sites such as Jericho and, most recently, Gobekli Tepe in Turkey, have been dated to 10,000 BC.Civilization goes back at least another 10,000 years, if we are willing to believe what our ancestors themselves claimed.The Lost Civilization Enigma reveals the truth about:Lost magnitudes to known cultures, such as the Bosnian Pyramids and the civilization of "Old Europe";The fabled lost "golden" cities of South America and the Amazon, which are slowly being rediscovered;Fascinating examples of lost technology, such as the Antikythera Device;Atlantis and the fact that it was a real civilization.Analyzing  historical and archaeological records, bestselling author Philip Coppens demonstrates that there is substantial evidence that civilization is far older, far more advanced, and far more special than is currently accepted. Clearly, our history books have left out a great deal!

Philip Coppens (1971-2012) was one of the leading contributors to the History Channel's popular series Ancient Aliens and authored six books, including The New Pyramid Age.