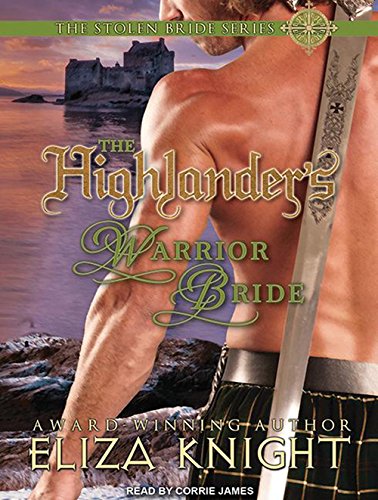 Ronan Sutherland is a fierce warrior. Swearing off all else, he thrives on his powerful position within William Wallace's army. Freedom for the Scots is his mission-until he meets fair Julianna. She captivates him, intoxicates him . . . makes him want more out of life than the harsh dangers he's accustomed to.

Lady Julianna is no meek maiden. She's trained in the art of war, sister to one of Scotland's most powerful men, and tasked with keeping the future king safe. Until she's kidnapped by a rivaling clan. Now her only hope is for the one man she trusts-and desires-to save her.

Together, they'll have to face down one of Scotland's most treacherous foes. And keep from falling victim to the one thing they've both eluded thus far-love.

Eliza Knight is the bestselling author of several historical romance series. Her many Scottish romance titles include The Highlander's Reward and Conquered by the Highlander. Eliza runs the award-winning blog History Undressed.