Items related to THE LIQUID CITY 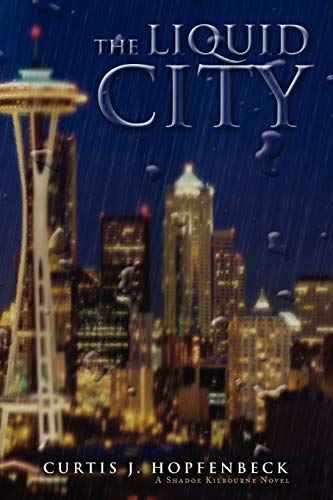 Shadoe Kilbourne is the consummate intellectual assassin, with an impressive arsenal of both wit and weaponry at his disposal. As Seattleâ€™s most successful nightclub owner and restaurateur; he is also a man of great resource, humor and humanity. His lethal charms and deadly ideologies are a devastating double-edged sword; brandished at will to put the bad guys in their place and get the good girls back to his. Driven by vengeance, derived from a painful and poignant past we can only speculate on, his ties to the highest echelons and lowest corridors of humanity also make him the perfect middleman for those who seek to solicit his fervor and favor in the hunt for his brand of justice, both inside and outside of the law.

My passion and impetus to write has been in existence since birth. I pursued adolescence in the shadow of Ian Fleming's 'Bond'; survived my teens in the company of John D. MacDonald's 'McGee'; and grew to adulthood under the guidance of Robert B. Parker's 'Spenser'. My infatuation with literature's lethal lotharios, including Spade and Marlowe, is as innate as it is undeniable, and is much of not only who I've become, but of who I've come to encapsulate within my writings. I hope I have done my predecessor's proud, and that the legends will continue to mentor and wax immortal within my written words. Please enjoy, for it is truly a writers only ovation!