Items related to Letters to Louise 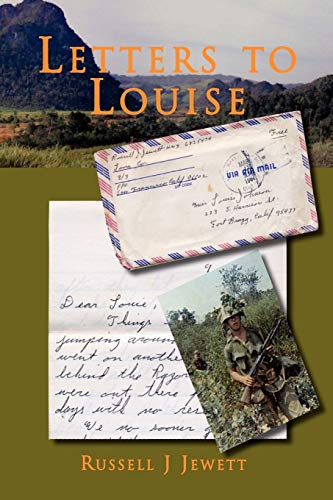 An autobiography about a naive young man coming from a very stable and protected environment who went into the U.S. Navy at age 17. As a Navy Hospital Corpsman, he became a combat corpsman with the US Marines during the Vietnam War. This story includes memories of events and the actual text of letters written over a period of four years to his girlfriend who was still in high school while he was in The States, Japan, and Vietnam.

I was born in the isolated town of Fort Bragg and lived with three generations of relatives on the Mendocino Coast of Northern California. Unlike the majority of my relatives, I enlisted in the military at age seventeen to see what the world had to offer. By age twenty, I had been stationed in Japan before assignment to the Fleet Marine Force Vietnam as a combat corpsman with an infantry battalion. I lived, ate, fought, and slept in the mud and jungles on the DMZ with a remarkable company of Marines who became known as Ripley's Raiders. During my entire time in the service, I corresponded regularly with my high school sweetheart. Those letters surfaced thirty-eight years later, and I used them as a framework to chronicle my memories.

2. Letters to Louise (Paperback or Softback)