Items related to Love Haight '69: a novel of hippies, activism,... 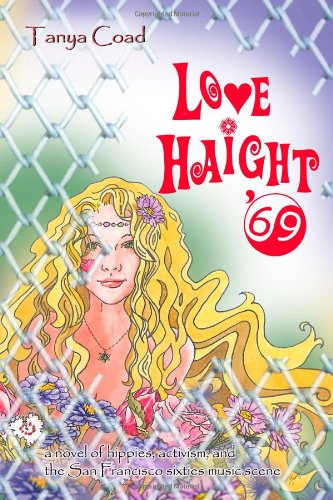 1969: San Francisco is the epicenter of all things hip . . . at least according to Tula, a young girl arriving from Canada, obsessed with becoming a flower child, and searching for love in the Haight-Ashbury's fading counterculture. When an ad in a local underground newspaper inspires her to join a community effort to transform a UC Berkeley-owned lot into a "people's park," Tula gets her first taste of activism while falling for a charismatic, politically-savvy grad student. Caught between worlds, she tries to balance the hippies' laidback lifestyle with the protest movement's determination to save the planet. Another little piece of her heart is stolen by the sexy lead singer of a hot new British rock band that passes through town. Throw in a trip to Altamont to see the Rolling Stones, and you've got a year no teenager could easily forget. A rarified post-Summer of Love climate frames the dynamic backdrop for what is a poignant, and often funny, coming-of-age love story. It's Santana, Moby Grape, and the Grateful Dead - Bill Graham's Fillmore West in its heyday. It's Berkeley agitators, Haight-Ashbury freaks, and a Ronald Reagan-regulated mainstream, all struggling to coexist within the close confines of the San Francisco Bay Area. Love Haight '69 is Tanya Coad's first novel. This ode to the sixties paints an experience that is authentic, rich in detail, and delves beyond the usual clichés of what was one of the most exciting chapters in modern day American history.

Tanya Coad has a background in commercial art, journalism, and natural health.