Items related to *You Are Here

Ashley Newcomb *You Are Here 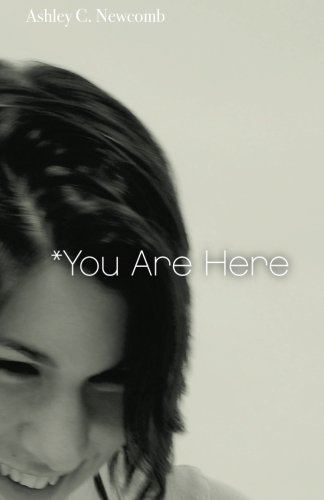 The letter stuck to my hands, refusing to let me look away, as if it yearned for the human touch after so many years of solitude. With my eyes still on the words 'Your child' I tore the photo from my back pocket and held the two, side by side. A rapid fire of endless questions bombarded me: about them, about Dad, about . . . me. How did this happen? What could have gone wrong? Why didn't he want me? I peeled myself from the bed and walked to the mirror hanging from the closet door. I studied his features, and looked back between the mirror and the photo, taking an inventory of similarities....What really stopped me was the eyes. The way they pulled and settled from the smile he wore. The intensity in their stare. It was me.... Every family has a portrait, but Annabelle Edwards is about to find that hers has been a lie. The bonds once forged by blood are now unraveling, leaving frayed and abandoned strands. Seven years after her father's death, Annabelle is revisiting her hometown of Brinnon, WA to sell the family home. She had always expected things to shift in her life, and her mother's new marriage was proof that they were. But what she was not prepared for was the unearthing of a secret buried so deep that its existence seemed an impossibility. If this letter she holds is true, could the father she had mourned for so long now just as easily have been a stranger to her? The portraits she had always known are changing.  Her beginnings had been twisted and molded into something unrecognizable, with no traces of the reality she now faced.  A reality that will bring her to places she thought had been lost and test the boundaries of family and and the strength of an unexpected love.

Ashley is a graduate of Pratt Institute with a degree in Education and Design. When she is not scribbling in tattered notebooks, she can be found strumming away on her guitar at the local watering hole. She currently resides in Hoboken, NJ.