Items related to Open Our Eyes: Seeing the Invisible People of Homelessness

Open Our Eyes: Seeing the Invisible People of Homelessness 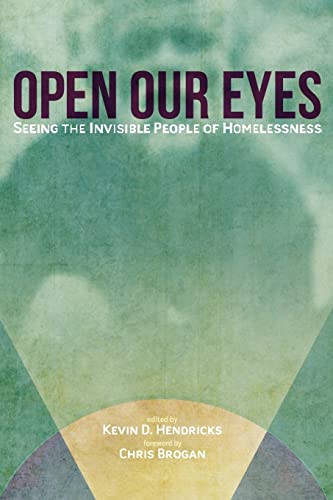 "I had it all and ended up on the streets," says Elvin. "I put a smile on my face for my kids' sake," says Cecilia. "I'm hoping I can survive another day," says Eddie. These are the gritty, unfiltered voices of America's homeless. This epidemic is putting families, children, veterans and executives on the street. While their stories are often ignored, they're not invisible, thanks to the efforts of InvisiblePeople.tv founder Mark Horvath. He travels the country collecting and sharing raw, unedited videos and gives voice to the nation's homeless. These are the stories of real homeless people, collected and retold from InvisiblePeople.tv videos. Interspersed with those real life stories are reflections from social media experts, nonprofit heroes, technology executives and more, sharing their connection to homelessness and how the inspiring example of InvisiblePeople.tv has impacted them. You'll also find common misconceptions about homelessness and suggestions for how you can get involved. It's time to move beyond the stereotypes and stop looking away. It's time to open our eyes. "We're homeless, we're not less human," says Tish. Featuring contributions from Brad Abare, Chris Brogan, Wendy Cohen, Lee Fox, Jessica Gottlieb, Alan Graham, David Henderson, Jeff Holden, Michael Ian, Becky Kanis, Natalie Profant Komuro, Jeff Lilley, Geoff Livingston, Heather Meeker, Brandon Mendelson, Stefanie Michaels, Scott Monty, Shannon Moriarty, Chloe Noble, Stephanie Rudat, Kari Saratovsky, Lisa Truong, Nedra Weinreich and Scott Williams. All proceeds from this book support the work of InvisiblePeople.tv.

Kevin D. Hendricks lives in St. Paul, Minn., with his wife, kids and dogs. He runs his own freelance writing and editing company, Monkey Outta Nowhere. He published his first book in the first grade, "Mike, The Cat." You can learn more at KevinDHendricks.com, which is also where you'll find the blog he's updated since 1998. For shorter bursts of narcissism you can follow him at Twitter.com/KevinHendricks.

1. Open Our Eyes : Seeing the Invisible People of Homelessness

2. Open Our Eyes: Seeing the Invisible People of Homelessness

3. Open Our Eyes: Seeing the Invisible People of Homelessness