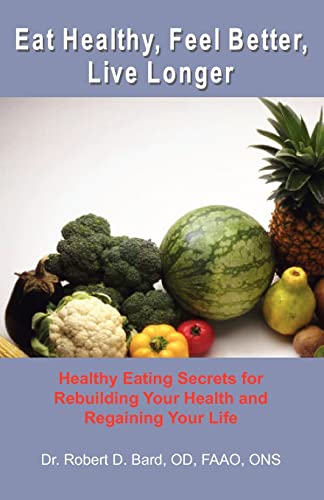 We live in a time when the United States and Canada have the most toxic food in the world, with the most disease prevalence of any other country. We have the most cancer, heart disease, obesity, diabetes and degenerative diseases. We spend more money on doctors, nurses, drugs and hospitals, with the poorest health results of any nation in the world. Discover the 44 insider secrets that cause our poor health and the simple tips you can use to make your life and that of your family and friends better.

Dr Bob was born and educated in West Virginia. High school diploma was from Linsly Military Institute, under graduate work at West Virginia University, and graduate school at Pennsylvania College of Optometry in Philadelphia. He spent two years in the US Army as a practicing optometrist and five and one half years in south Florida. Wanting to live in Texas the family move to East Texas in 1977. While living in East Texas, Dr Bob met Joe Francis one of the leaders of organic farming that got his start in the 1940's after World War II. Joe's influence really took over in 1999 when Dr Bob realized that meat in grocery stores was unfit for human consumption. He and his wife started raising grass fed non chemical beef as a health food. As time went on he realized that North American agriculture and industrial food manufactures were causing heart disease, cancer, obesity, diabetes and many other diseases. Because of the new found knowledge Dr Bob feels that it is his obligation to inform the people that their government is complicit with large corporations making cheap chemicalized food that is killing and disabling so many at younger and younger ages. Join him to learn how to live a healthier life.