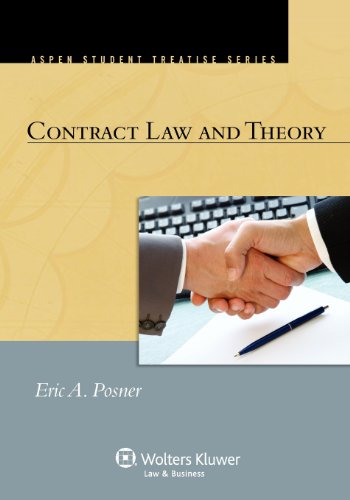 Contract Law and Theory conveys a grasp of theory and policy that makes all of the contract rules easier to understand. By explaining and applying contract theory to a wide range of contracts cases, Eric Posner reveals not only the "what" of doctrine but also the "why" & why one rule rather than another makes sense from a policy perspective.

An understanding of what contract theory is and how it is applied will help you to understand not only Contracts, as taught in law school, but also the many areas of law in which contractual ideas operate, such as bankruptcy law, secured transactions, and corporate law.