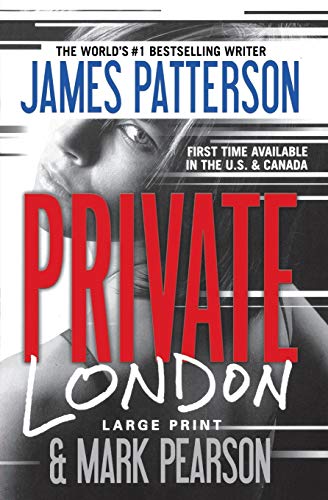 In James Patterson's #1 bestselling Private series, the world's most exclusive detective agency hunts London's most mysterious killer.
For Hannah Shapiro, a young American student, the nightmare began eight years ago in Los Angeles, when the owner of Private-the world's most exclusive detective agency-saved her from a horrific death. Now, after eight years, the terror follows her to London. The only man who can help is former Royal Military Police Sergeant Dan Carter, head of Private London.
In London, young women are being abducted and their bodies found mutilated in a grotesque, mysterious way. Carter's ex-wife, DI Kirsty Webb, leads the investigation into these brutal murders, which may somehow be linked to Hannah Shapiro.
Working together, the two investigators are caught in a desperate race against the odds. Private may be the most advanced detection agency in the world . . . but can they catch a predator who rivals London's most elusive killer ever?

Book Description Paperback. Condition: New. Paperback. Shipping may be from multiple locations in the US or from the UK, depending on stock availability. 499 pages. 0.422. Seller Inventory # 9781455522422