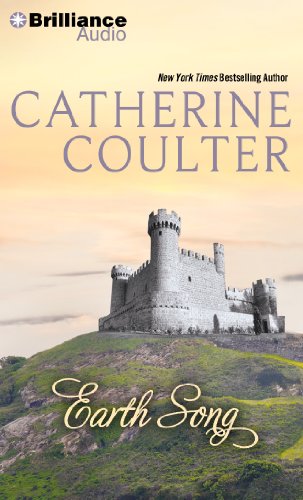 In thirteenth-century England, lovely Philippa de Beauchamp escapes from her father's castle and is swept away by the roguish Dienwald de Fortenberry, only to find herself a prisoner in her lover's castle, surrounded by mysteries, villains, and passion.

Veteran romancer Coulter ( Fire Song ) again blends likable characters and mildly unorthodox (by the standards of the genre) eroticism with overwhelming coincidence and a dash of humor. This romp in 13th-century England should entertain her fans. When Philippa de Beauchamp hears that she is to marry William de Bridgport, "a fat old man with no teeth, and a paunch," she flees from home--buried in a load of dirty, raw wool on its way to market. Bad turns to worse when Dienwald de Fortenberry, the desperately poor but spirited "Rogue of Cornwall," seizes the wool shipment and Philippa becomes his prisoner. The young woman's spinning and weaving skills, as well as her ability to read and calculate, soon earn her the household's esteem and the position of steward, while her beauty and strong streak of sheer devilment capture Dienwald's affection, as he earns hers. Yet their happiness is threatened when Sir Walter de Grasse, Dienwald's greatest enemy, learns a secret about Philippa's past, a secret that not even she knows but that can change both her and Dienwald's future.
Copyright 1990 Reed Business Information, Inc.