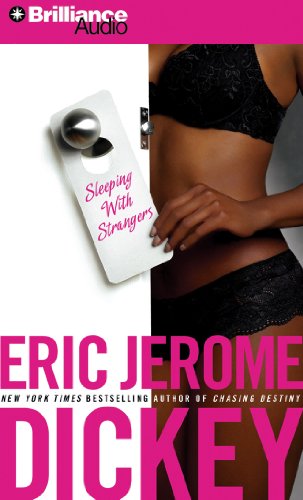 A powerful hit man, Gideon is the master of the game in a jet-setting world dominated by money, women, and violence. Living off the grid, making love on the run, he makes his living as a contract killer by enacting the revenge of the brokenhearted...for a price.

One woman taught him to kill, another motivates him to succeed in the business of revenge. If he can amass a million dollars, the woman he desires has promised to run away with him. For her sake, Gideon takes a high-profile job that earns him dangerous enemies, and hops a plane to London hoping to escape the aftermath. On the plane he meets two mysterious women―have they been sent to bring him down? Have his past transgressions caught up with him at last? Or will one of these strangers help him choose a life of love over a life of violence?

In this underworld of grifters and killers, brokenhearted squares and streetwalkers, loyal fans will spot some familiar faces from Dickey’s previous books. A thrilling ride through extremes of love and danger, Sleeping with Strangers thrives on the darker passions of revenge and desire.

Originally from Memphis, Tennessee, Eric Jerome Dickey is the author of fifteen novels, including the New York Times bestsellers Chasing Destiny, Genevieve, Drive Me Crazy, Naughty or Nice, The Other Woman, and Thieves’ Paradise. He is also the author of a six-issue miniseries of comic books for Marvel Enterprises featuring Storm (X-Men) and the Black Panther. His novel, Naughty or Nice, has been optioned by Lionsgate Films. He lives on the road and rests in Southern California.

*Starred Review* Gideon took his name from the hollowed-out Bible the preacher was holding when Gideon killed him. Assassin Gideon's goal is to make a million dollars so he can retire, and until then no contract is too distasteful. Bruno is also a hit man, one beset with domestic worries, and he is on a surefire collision course heading straight to Gideon. Suspenseful right up to the cliff-hanger ending, gritty, graphic, and often gory, best-selling Dickey's latest high-tension tale is a serendipitous mix of lust, longing, and murder. Quirky details and observations pepper the pages and pop up in conversations--"Miss Universe was from Lobatse, Botswana"; "Takes two days to drive across Texas." And the pacing is amazing; action scenes are often broken down into rapid-fire one-sentence paragraphs, and the essence of each character is captured in a few brief sentences. Not only will Dickey's many readers be thrilled to see a new novel, this one is also sure to create new fans. Watch for the rest of the story in Waking with Enemies, due out August 2007. Shelley Mosley
Copyright © American Library Association. All rights reserved