Items related to Butterfly on the Water

Butterfly on the Water 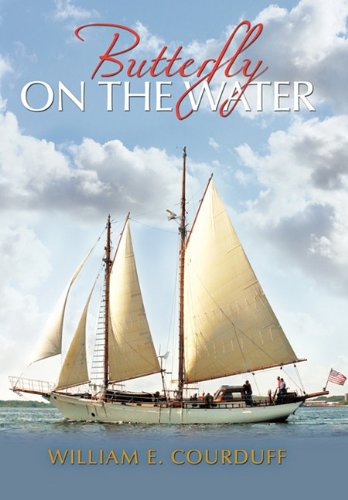 What happened to your dreams from childhood? How many of them came true? Most of us forget them, but, this little Greek boy never forgot his dream. This is a true story about a young Greek boy who watched the sailboats on the Aegean Sea, They sailed back and forth, from island to island and he thought they looked like butterflies. Opening and closing their wings like, "Butterflies On The Water." Thomas Soulantzos is the owner, the creator, the dreamer in my story. Thomas never lost focus of his dream. He came to America past the Statue of Liberty, jumped ship, excelled as a chef, opened his seafood restaurant and made enough money to fulfill his dream. He hired the #1 Schooner Designer in America. Put his dream down on paper. This story is about the creation of that world class wood schooner. The only wood schooner ever built in taiwan. The book includes stories about the characters, the crewmembers and their adventures in many foreign countries. One exotic love story happened in a country, where the Eastern customs were shocking. The selfless dedication of the naval architect's supervision of his schooner during production. The events on the Ocean voyage, from Taiwan to Hong Kong, Okinawa, Yokohama and to San Diego and on thru the Panama Canal and up to New York... all 14,500 miles, are all written by the intrepid crewmembers. The blazing entrance into the royalty of wood sailboats when invited to sail in the Operation Sail 1986- A Salute to Liberty, to commemorate the 100 year old Statue of Liberty. The parade of sailboats in the New York Harbor, at the same location where thomas had jumped ship as a young teenager is now where Koukla was introduced into the world of classic sailboats.

He was middle aged when his friend, Thomas, asked him to go with him to get his boat, a custom designed wood schooner. They traveled half way around the world to bring it home and anchor it in Manhasset Bay, Long Island, New York. He is an accomplished sailor. He loves adventure and is through and through a world class raconteur and a Renaissance man. He and his wife, Carolyn, reside in Mississippi.

1. Butterfly on the Water