Items related to The Day After Dust Settle

The Day After Dust Settle 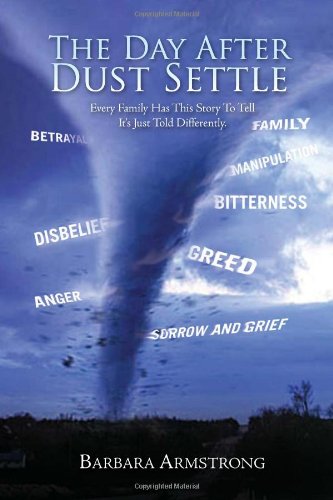 The Day after Dust Settle takes the reader on a journey into the world of betrayal, manipulation, and ultimate greed. Every time a family member dies drama follows. Three years has passed since that warm spring day that ultimately changed our whole outlook on family. The estate of Bobby Joe Jackson divided the family in many ways. The son and sole heir of Uncle Bob Jr., Dylan remained the same. His passive behavior and quiet demeanor as he walked around, holding the temperament of disbelief, sorrow and frustrations locked away deep inside himself. Feeling sad that he even took the time to fi ght for a cause that cost him everything, including his family that ultimately changed everything. Dirty Red, the black seed of the family, Betty’s daughter, rarely understood and often misunderstood. She standing five foot two inches tall and weighed in just fi ne, is very ambitious and stands with her hands on her hips with her head slightly tilt. As she walked with a stride in her walk and a switch in her hips, it is no joke, and take no wooden nickels as Dirty Red. But when she’s not Dirty Red, she’s often sweet as a Georgia peach until she’s provoked. Betty, the sister of Bernice and Josephine was naive with her priorities misplaced as always with her children, turns her back to what’s important when it come to their protection and trusting to Bernice to the max. Ann Marie, the eldest daughter of Betty, remains quiet and subdued, and seems as if there’s no worry at all. While Aunt Josephine strived on the behavior of drama on any given day content with the idea of the increase with her inheritance and the changes made to form a living will.
Juanita who left home early at seventeen years old married a pedifial and ended up spending half her lifetime trying to find herself in another woman.
She came back home on a rampage and full of hate, and now holds on to Aunt Bernice’s purse for dear life, while Aunt Bernice sits back with her dark shades trying to conceal the smirk on her face is very content with the mess she created among the family in order to gain Uncle Bob’s estate. Betrayal, manipulation, sorrow, grief, disbelief, and greed is what Aunt Bernice take pride in while holding on to the day she’ll take full control.

Barbara Armstrong was born in Los Angeles on November 27, 1958. She's the third child of eight children. As a young child, raised in the inner city of Los Angeles, she became inquisitive, informative, and outspoken. She began to write in order to be heard. She's currently working on her next novel. She would love to hear from readers at armstrongbj013@gmail.com.