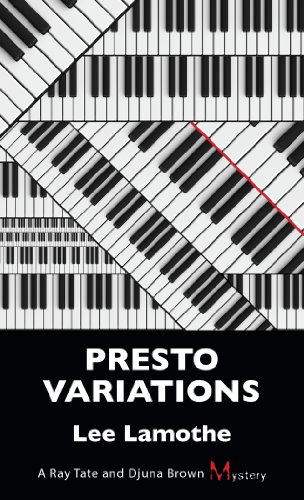 Following the money trail gets Tate and Brown into a lot of trouble.

Detectives Ray Tate and Djuna Brown are back from a vacation in Paris – fraudulently funded by a stolen State Police credit card. While waiting to find out if they’re going to be fired or jailed, the couple is assigned to the Green Squad, a dead-end job shuffling paper and counting contraband money. But while interrogating a money smuggler, Tate and Brown uncover a massive currency stash they hope will keep them out of jail. Their target is drug trafficker Laszlo "Marko" Markowitz, who has millions in cocaine profits to be laundered and shipped into Canada.

As Tate and Brown try to penetrate the Markowitz organization, they uncover an underworld choking on its own profits and find a homicidal madman who has created the perfect blend of criminality and anarchy.

Lee Lamothe is the author of several non-fiction books, including the bestsellers The Sixth Family and Bloodlines. His previous Ray Tate and Djuna Brown mysteries are Picasso Blues and Free Form Jazz. He lives in Toronto.

Salty, smart and sexy Ray and Djuna are back from a Paris case and trying to pretend they're still there. But cocaine enters and mayhem follows as the pair face, again, the hard reality of law enforcement in their city. Great grit. (Globe and Mail)

Book Description Paperback. Condition: New. Paperback. Detectives Ray Tate and Djuna Brown are freshly back from a vacation in Paris - fraudulently funded by a stolen State Police credit card. While waiting to find out their fate, the couple .Shipping may be from multiple locations in the US or from the UK, depending on stock availability. 392 pages. 0.001. Seller Inventory # 9781459706712