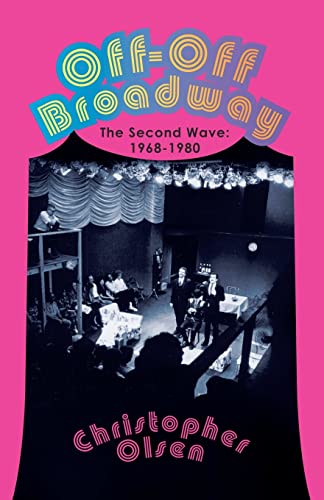 This book provides a glimpse into the terrain of what was called Off-Off Broadway during the 1970s in New York. It focuses on a 12-year period beginning in 1968 when the number of Off-Off Broadway theatres grew exponentially and produced many thousands of plays all across the five boroughs of New York City. Using many interviews from theatre practitioners of that time, Christopher Olsen has captured the intensity of struggling actors, directors, playwrights, and producers who tried to create theatre in extremely difficult circumstances. These theatre practitioners remember an era of intense creativity, excitement and fun, frustration, and endurance. It was indeed a fervent era of wide-ranging experimentation and innovation which has greatly influenced American theatre ever since. Many of these theatre artists continued their careers on Broadway, in regional theatre, on television, and in feature films but still vividly remember the Spartan circumstances of producing theatre for a few dollars and earning almost nothing. Their stories are now being told in this book with about 40 theatres being profiled and dozens of others referred to. The book includes a comprehensive appendix of most of the Off-Off Broadway theatres from the 1970s. It contains photos, production histories, and many quotations from theatre practitioners from that exciting time.