Items related to The Black Girl Curse: The Raw Truth About How Black...

The Black Girl Curse: The Raw Truth About How Black Women Evolved Into Throwaway Women. 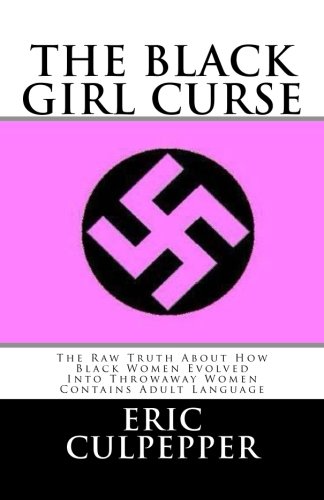 The Black Girl Curse is a work that gets completely to the bottom of who is in fact in Complete Control of modern civilization! For as long as there has been recorded history, secret organizations have stood behind those in power and used them as puppets to mindlessly do the will of their unseen masters whom have come to be referred to as the mythological they and them who in fact remotely control governments and run societies from the shadows and it has long been wondered, exactly who are these people, what is the true source of their power and influence and why is it so vital that they function in total secrecy. However, this book goes exponentially further than merely searching for answers to long unanswered vital questions in that it clearly identifies the single culture that is in fact behind the people who are behind the military-industrial complex and the secret organizations that have long run governments and determined the fate of human civilization. In this in-depth work about the very real Invisible Empire that has plagued humanity for innumerable millennium, it is my sole aim to clearly identify the extremely ancient and inconceivably highly refined militant culture that is solely responsible for our age of relentless conflict, global terrorism and the constant drift toward one world government as well as the social dysfunction, demoralization, enslavement, robbery and repetitive debilitation of and hatred against Blacks and Asians and precisely why we have been made to suffer it. The Black Girl Curse is a "Macabre Classic" that is all about gaining real insight into why religion is under attack in every corner of the world, precisely who is in fact behind these attacks, why they are deemed necessary and how these attacks are directly related to the great experiment that in fact lies behind one world government, the military-industrial complex and the culture of perpetual fear, warfare, invasion, cultural devaluation and ceaselessly escalating debt that some of America’s most loyal, dedicated and informed leaders from Abraham Lincoln to William McKinley to Dwight D. Eisenhower to John F. Kennedy have warned us about for nearly two centuries and several have given their lives trying to combat. The Black Girl Curse in fact completely exposes the true root cause of the problem with black people and exactly why black people have been totally unable to succeed in industrialized civilization. There are dimensions of human behavior and objectivity that are so mad that they are officially designated as national secrets, there are objectives that are so awe-inspiringly sadistic that they are permanently classified as top secret and then there are realms of deception that are capable of exposing human ignorance on a scale that is so inconceivably grand that it is unspeakable to the point that successive generations of individuals will completely turn their backs on generations of their parents and children and literally go to their graves without divulging them. The Black Girl Curse very clearly and concisely exposes the raw truth about the true source of the extremely warped concepts of strength, masculinity, self-determination and ultra-feminism that immediately preceded three decades of black women's vehement claims that they were strong, totally independent black women who were never ever going to need men of any kind for anything under any circumstances, no matter what eventuality presents itself, which ultimately precipitated the mass-withdrawal from black women, the black male obsession with marrying and dating white women at black women's goading and the subsequent total collapse of the black family, the black agricultural and industrial base and black women's entire support base that have very hideously been being kept hidden from young people for generations...Until now!