Items related to The Angry Settler 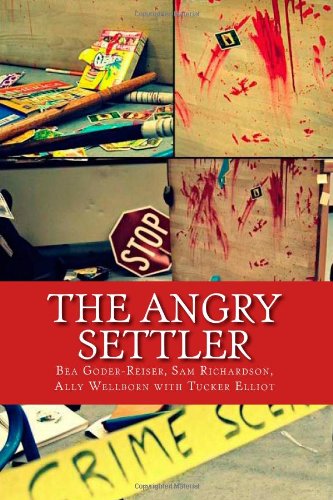 In the trilogy Lunch Hour, Bea has a problem. In fact, she’s got several problems, none good. It was a very normal day at school ... but during her lunch things went very, very wrong. Bea discovers a horrific crime scene and a terrifying mystery within the walls of her school, but that’s only the beginning, because minutes later she’s framed for murder and thrown in jail ... and so begins an epic battle of good vs. evil that spans the globe, ventures into the realm of the supernatural, and culminates with a showdown that leaves the reader breathless. Join Bea and her middle school classmates in The Angry Settler, a collection of this and other short stories, poems, and essays that are at once humorous and poignant, heartbreaking and harrowing, and in the end, reveal the unrelenting spirit of the modern American teenager.

Bea Goder-Reiser, Sam Richardson, and Ally Wellborn are military dependents and extraordinary students with a knack for telling and illustrating great stories.