Items related to The Secret Science Behind Miracles

The Secret Science Behind Miracles 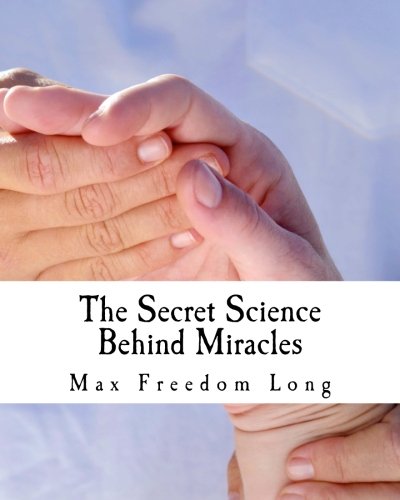 Most New Thought proponents look to Western esoteric traditions, or possibly to second-hand Hindu or Buddhist concepts. Max Freedom Long, on the other hand, was fascinated with the shamans of Hawaii, the Kahuna. While this is not, by far, an ethnographic account of Hawaiian healing, it is informed by anecdote and personal experience in the islands. Long spent many years in Hawaii, and besides several books on 'Huna' he also apparently wrote several mystery novels in that setting. This book, one of the first he wrote on the subject of Huna, is typical of the others, and if you like this, you'll probably like his other writings.

Max Freedom Long (1890 – 1971) was an American novelist and New Age author. In 1917, a year after graduating, he moved to the island of Hawaii to teach in elementary schools. When he arrived, he claimed that some Native Hawaiians were practicing what he called magic. Long wrote that at first he was skeptical of this magic, but later became convinced that it worked. He devoted the rest of his life to creating theories about how the Native Hawaiians did what he claimed they did, and teaching those theories through the sale of books and newsletters.

I made the leap into "entrepreneur" and luckily for me I met some very powerful business people who told me I needed mindset tools to help me grow into the new found wealth that would come my way. The first tool that was recommended to me was this book. It was a fascinating read but it wasn't until a few years later that I understood why a millionaire would recommend it to a fledgling entrepreneur. It created the foundation for every other book I read ..and I can tell you I read a LOT of them in my quest to be the best. Fast forward to 2012 and I now own my own direct selling company and all my entrepreneur dreams have come true in ways I never imagined that day in 1988 when I first heard about Mind set stuff! Order this book..read it several times....look for the message here.....this is a case study...not some pie in the sky self improvement "secret..".it is real stuff and it works....if you learn to harness it right! amazon.com book review, Oct. 16, 2012

1. The Secret Science Behind Miracles